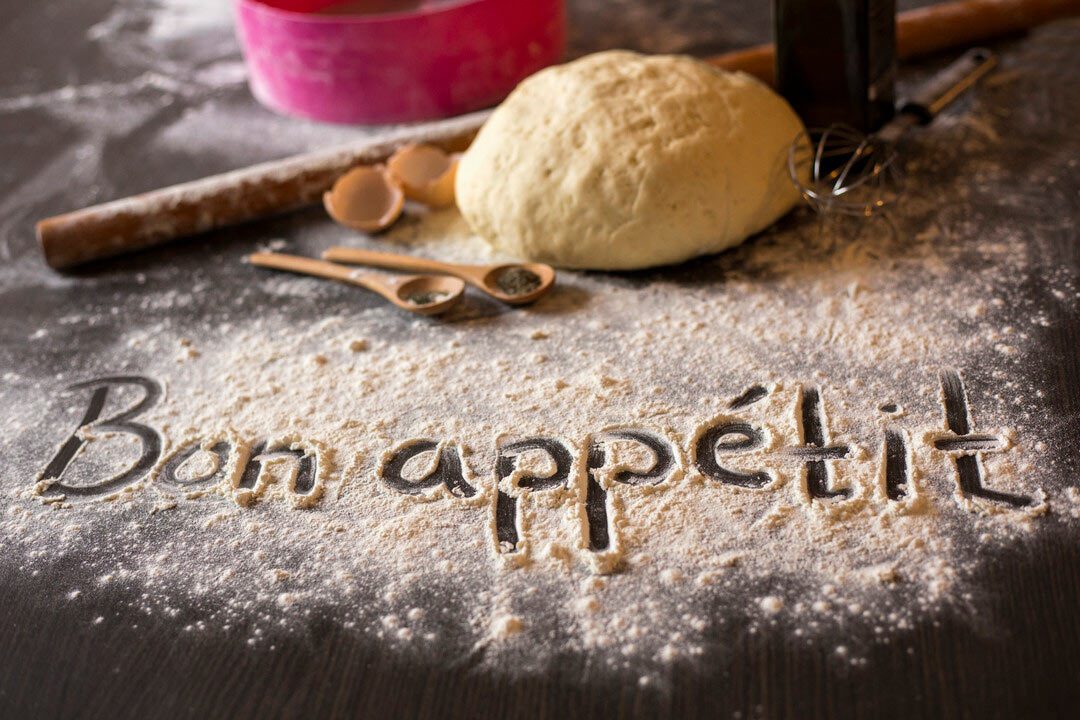 The Public Broadcasting Service (PBS) was founded in 1969, two years after the Public Broadcasting Act of 1967.  Preceded by the National Education Television (NET), the purpose of PBS is to provide diverse, non-commercial educational programming.  Television stations begin popping up across the country, including WGBH, a Boston based television station.  In early 1963, WGBH and Julia Child partnered to create one of the most successful cooking shows in history, and the first hosted by a woman, ‘The French Chef’.

When The French Chef first launched, WGBH had no idea how inspired housewives would be by the show.  This was before the time of customer experience research. Julia Child was a force of nature, taking the cooking world by storm.

I was 32 when I started cooking; up until then, I just ate.
—Julia Child

As genuine on camera as off, people fondly remember her as kind, generous, loyal, curious, and with impeccable follow-up.  Julia was known for remembering people and details years after meeting them.  She would thoughtfully send handwritten notes in thanks. Julia lived life to the fullest and brought joy and delicious food into homes around the world. (Hudgins, 2017)

Each month at Overture System Solutions we research interesting national days to celebrate. In May I was excited to see National Coq au Vin day.  Coq au Vin was the second recipe Julia made in July 1962s second pilot episode of The French Chef. WGBH officially picked the series up in 1963.  The series aired until January 14th, 1973, for a total of 10 seasons and 204 episodes including the three pilot episodes. In case you were wondering, Coq au Vin shares May 29th with National 529 day and National Paperclip Day. After becoming hooked on HBO’s new series about Julia Child, I was inspired to find a creative way to celebrate Coq au Vin Day in her honor.

I started by, of course, by searching for the recipe online.  Little did I know PBS has a site dedicated to the French Chef in recognition of what would have been Julia’s 100th birthday, August 15, 2022.  Julia’s original Coq au Vin recipe, along with many others, is available on the site. I printed the recipe and headed for the kitchen to make a shopping list. Suddenly it occurred to me to truly step into Julia’s recipe, I needed to share the meal with others.

I reached out to my neighbor and invited her and her daughters to dinner, explaining I would be making Julia Child’s Coq au Vin.  She quickly responded – I accept!  Thinking about my upcoming trip to the grocery store I remembered a quote:

In department stores, so much kitchen equipment is bought indiscriminately by people who just come in for men’s underwear.
—Julia Child

Julia passed away in 2004, and I wonder if she ever shopped at a Target with both the grocery side and the merchandise side!  Would she have been amused to see this combination?

Friday came and I headed to the grocery store to round out the ingredients for the night’s dinner.  I spent a week watching YouTube documentaries and two Harvard panels featuring family and close friends of Julia’s speaking about her life. I could feel her presence as I stepped into the store.  With extra discrimination, I chose a wonderful French bread and fresh asparagus to compliment the Coq au Vin, which when translated means Rooster with wine.  I like to think Julia would have been pleased with my selections.

Putting together the Coq au Vin was a lovely fragrant process with fresh rosemary, garlic, onions and simmering chicken.  As recommended, I roasted potatoes with fresh dill and olive oil to round out my sides.  Feeling inspiration, maybe from Julia, I roasted a bulb of garlic in red wine and olive oil to use as a spread for the French bread. Now simmering in wine and chicken broth, the meal was almost ready.  The last step included removing the chicken to thicken the flavorful sauce, and then to add butter, bacon, and mushrooms.  Replacing the chicken and simmering for the final few minutes, I began to set the table and warm the French bread loaf.

A knock on the door brought to life my dog security alarm system.  Commotion erupted.  I smiled, excited to share a meal with new friends over a nice bottle of wine. Sharing a meal you made with love, in my opinion, is a gift affection and service.  We dug in with gusto, slathering roasted garlic spread on warm French bread, the rich sauce over the chicken, roasted potatoes and grilled asparagus rounding out the meal.  And of course, wine.

Someone may offer you a freshly caught whole fish, like a salmon or striped bass.  Don’t panic – take it!
—Julia Child

Julie is a doctoral candidate at the University of Pennsylvania. With over 20 years of leadership experience, she brings a wealth of knowledge in research design and deployment, leadership, management, employee development, training and leadership development to the Overture team. 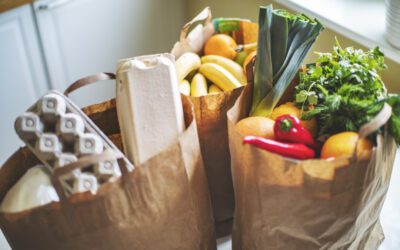 Paper or Plastic? Reimagining Touchpoints to Increase your Customers’ Satisfaction

Grocery shopping. A necessary evil. One of my least favorite tasks is grocery shopping. Oddly, it’s not the actual shopping I dread. It’s spending time putting groceries away that annoys me most. Whether I’ve skipped in-store shopping and ordered groceries online for pick up or delivery, I dread what I’ll find when I look inside the bags. As a researcher and experience journey mapper, I often look at my activities as a series of touchpoints, starting when I leave my home until all the groceries are put away.

We often curse our washer or dryer for so many missing socks, confident they are responsible for our mismatched pairings. As customers and users of this equipment we are flummoxed by where our precious socks go? 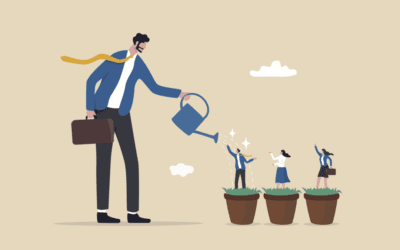 Comfort zones, transitions, and finding a career diamond in the rough

In October of 2020, I found myself sitting in the library searching Linked In, looking for a job. Graduation was coming up in a couple of months, and I wanted a plan. Having spent the past four years in a small beach town, I was very comfortable with my daily routine.... 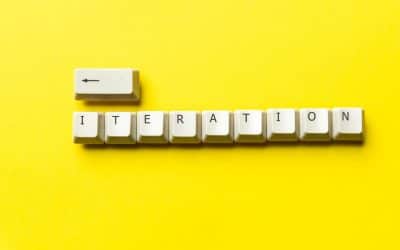 What if your growth mindset isn’t growing? Have passion and a plan.

How many of us have been involved in a brainstorming session, and the ideas just keep coming? One after another. Each brilliant idea leads to exciting discussion and then more brilliant ideas erupt until your sticky notes or Miro board are filled with amazing ideas. Everyone is sure these ideas will grow the company to be the best in the industry. We are all going to be wealthy! Our customers are going to be loyal brand evangelists! And then… 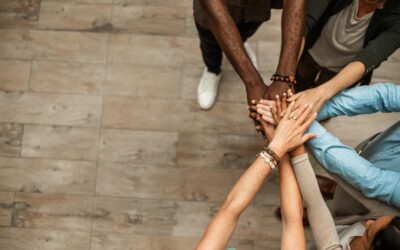 Framing Business Relationships: How to bring happiness to your work day

Relationships are the frameworks by which we define our connections. Whether with concepts, objects, or other people, everything in our lives is defined in terms of relationships. We spend approximately 25% of our time at work, so it is worth exploring the nature of... 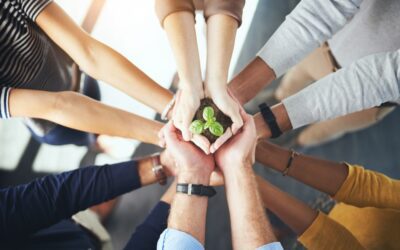 Collaboration matters to me, and why I thrive in a healthy team environment.

When I think of a healthy work environment, many phrases come to mind. Flexibility, compassion, positive values like respecting others and their opinions, showing personal accountability, being reliable, team collaboration, and open communication. The list can go on... 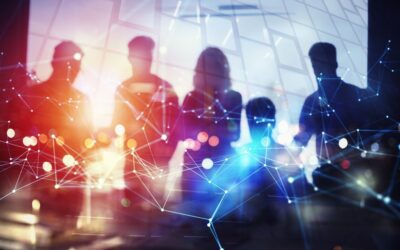 Tripwires or Flashlights: Which One Dominates on Your Team

A few weeks ago, our team was in a meeting discussing a collaborative project and one of my teammates made a comment that was enlightening. It’s been stuck in my head ever since. My teammates’ comment was made regarding a surge forward in deliverables completed during... 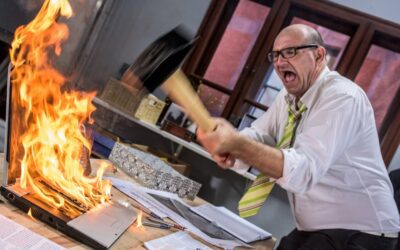 Do poorly led meetings leave you wanting to set your laptop on fire?

Virtual meetings, screen and camera fatigue are realities of remote work. As I sat down to write today, I admittedly wanted to go for a walk or take a nap! A morning full of virtual meetings has left me feeling fatigued and sees me reaching for caffeine to solve this... 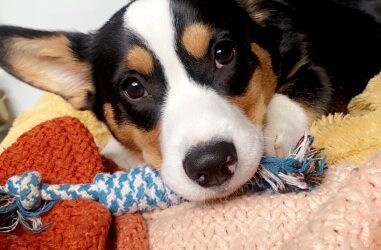 Transitioning from In-Person to Remote work, A Gen Z Experience

As I walked across the stage in December 2020, I hadn't imagined I would be looking for a job after college in the middle of a pandemic. Throughout my last semester, applying for jobs was challenging. I was overwhelmed, not knowing what I wanted to do or where I... 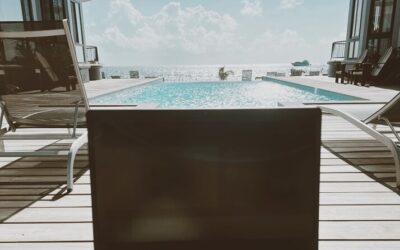 Three Reasons to Schedule Your Work-Cation and Why it Matters

Three Reasons to Schedule Your Work-Cation and Why it Matters  ·      When I navigate unfamiliar settings and situations while traveling, I realize unexpected growth, even as a seasoned traveler.  ·      Learning about other cultures while experiencing them always...